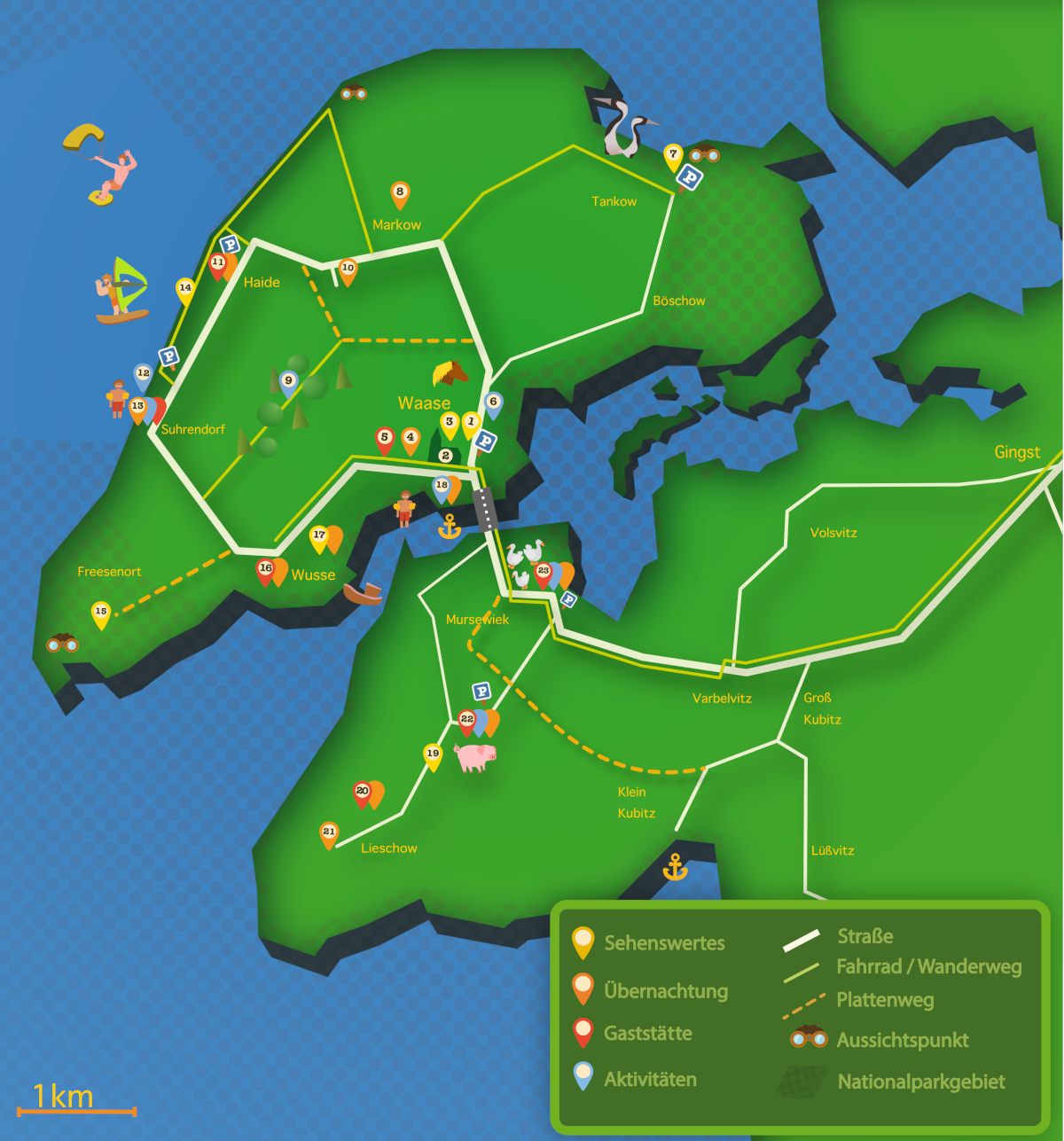 Small church with a famous altar

Located next to the Ummanz visitor’s centre you can find the protestant parish St. Marien church.

The St. Marien Church in Waase was first mentioned in 1322 as Ecclesia Omanz and operated as an independent parish. In 1341 the church was subordinated to the Heilgeisthospital in Stralsund.

The Antwerp reredos are a valuable piece of equipment. It is a late Gothic convertible reredos that was made around 1520 on behalf of the Schwerin bishopric administrator Zutfeld Wardenberg. Wardenberg was Archdeacon of Tribsees and was considered a great admirer of Thomas. This originally stood on the lay altar S. Crucis in the Stralsund St. Nikolai Church , at the Wardenberg a stately beneficium entertained. In 1702 it was dismantled in the course of the redesign of their choir screen and sold for fifty thalers to their parochial church in Waase on Ummanz. The altar shows scenes from the Passion story as well as from the life of Thomas Becket, Lord Chancellor of the English King Henry II. A total of twelve panel pictures can be seen on the wings of the altar, six in the opened state, six in the closed state.

The church can be visited during the opening hours in exchange for a donation.